You can enjoy a Princess Cruise in Northern Europe and the British Isles and visit Canada's Juno Beach Centre on a shore excursion while in port in Le Havre on the coast of Normandy, France.

(LEH 135) 10 hours
Take a scenic, two-hour drive to Courseulles sur Mer along the coast. Upon arrival, you will visit the Canadian Juno Beach Centre and Juno Beach.
Today, the Juno Beach Centre is what the veterans wanted it to be: a place of education providing a better understanding of the contribution Canada made during the Second World War. At the same time, by showcasing today's Canada, it is a place where visitors from all around the world learn more about Canadian values and culture.
Following a short drive, you will arrive at Arromanches Beach for lunch, which is served at a local restaurant. You will dine on salad, chicken supreme a la normande, kir aperitif and wine. After a sumptuous meal, you will have some free time to view the remnants of Mulberry Harbor, the artificial harbor where thousands of troops came ashore.
Your tour continues with a short drive to Longues sur Mer, this battery which gave the allied ships a pounding on the morning of June 6th, is the only coastal battery to have kept its guns. Built on a rather picturesque cliff, it was composed of four 150mm guns with a range of 20 km. In spite of the release by 124 RAF planes of 600tons of bombs during the night preceding 6th June, the four guns were still operational on the morning of 6th June and they began firing at 5:37 am. The Battery was only finally reduced to silence at 7pm by two direct hits. The observation post and control room were the setting of one of the most famous scenes of the film 'The Longest Day'.
Your last stop will be the Canadian Cemetery and the Canada House. On D-Day alone, Canada suffered almost a thousand casualties, of whom 340 were killed or died of wounds. The list lengthened during the following days as the Germans sought desperately to drive the invaders out. The men who fell on the beaches and in the bitter bridgehead battles are buried in Beny-sur-Mer Canadian War Cemetery. The cemetery contains 2,049 headstones enclosed by pines and maples.
Your tour concludes with a relaxing drive back to the pier.

Include these and other Itineraries

ASK US FOR DETAILS, PRICING, AND AVAILABLE DATES 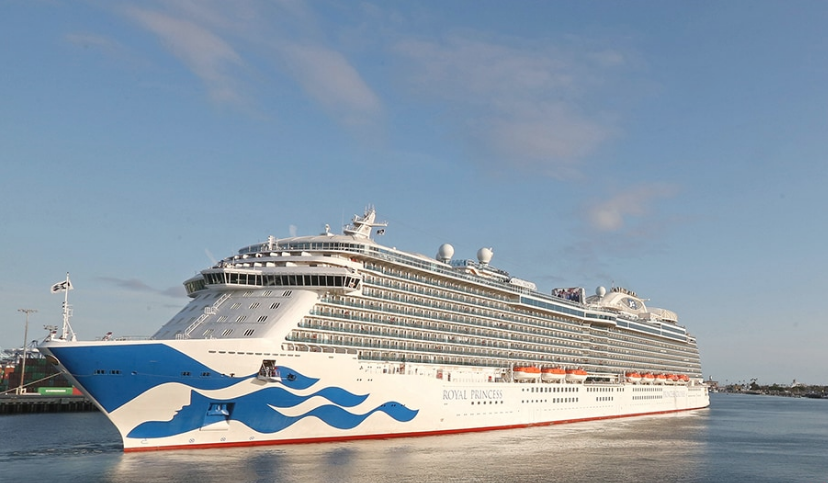 One of the best-known names in cruising, Princess Cruises is a global cruise and tour company taking more than one million passengers each year to more than 300 worldwide destinations on six continents.
Our Ships:
Our company operates a fleet of 17 modern ships renowned for their innovative design and wide array of choices in dining, entertainment and amenities, all provided in an environment of exceptional customer service.
A Consummate Host:
Princess passengers enjoy warm and gracious service in an atmosphere of comfortable elegance. Princess crew members are dedicated to providing exceptional service to ensure guests can escape the everyday with an unforgettable vacation.
A Relaxed, Rejuvenating Retreat at Sea:
Princess ships offer an atmosphere of comfortable elegance, with public spaces designed to feel intimate, even on the largest vessels. Our ships feature a variety of signature “escape” venues and amenities, enabling passengers to enjoy themselves in an informal, relaxed atmosphere whether they’re seeking quiet time to rejuvenate or want to keep active with a full array of onboard activities.
A History of Innovation:
Princess is recognized as an industry innovator, having introduced many new features and programs through the years that were so well received they were later adopted by other lines, becoming standard throughout the industry. Among them are affordable balconies on many of the ship’s outside cabins, 24-hour dining, and a choice dining venues and flexible dining times. Princess ships also debuted features such as Movies Under the Stars poolside theaters, The Sanctuary adults-only oasis, a Chef’s Table dining experience and a behind-the-scenes Ultimate Ship Tour. The line's newest ship, Royal Princess, debuted features such as an over-water SeaWalk, a new Princess Live! television studio; and a special Chef’s Table Lumiere dining space that surrounds diners in a curtain of light.
“The Love Boat”:
Princess Cruises and our “seawitch” logo first became famous in 1977 when one of our ships, Pacific Princess, was cast in a starring role on a new television show called “The Love Boat.” The weekly series, which introduced millions of viewers to the concept of a sea-going vacation, was an instant hit and Princess has remained synonymous with cruising ever since. The show, which can still be seen around the world, has been widely credited with fueling the dramatic expansion of the cruise industry.
Terms and Conditions Include:
*Prices are per person, CAD, non-air, cruise-only, based on double occupancy. Taxes, Fees and Port Expenses in addition. Third and Fourth guest fares apply to the 3rd and 4th guests booked in the same stateroom as the First and Second guests. Launch Fares are offering fares and may not have been in effect for the past 90 days or resulted in actual sales in all categories. Intermediate discounts may have been taken and fares may remain at discounted levels after this promotion. Taxes, Fees & Port Expenses are subject to change and Princess reserves the right to collect any increases in effect at the time of sailing even if the fare has already been paid in full. Prices are subject to change based on availability.
Terms, conditions and restrictions apply; pricing, availability, and other details subject to change and/ or apply to US or Canadian residents. Please confirm details and booking information with your travel advisor.

The Best Trips for 'Skip-Gen' Travel

One of the biggest trends in recent years has been ‘Multi-Gen’ travel, where 3 or more generations of the family come... learn more

Lest We Forget: The WW2 Site That's Trying to Gain UNESCO Status

It was a fabled event in military history and has become etched into popular culture, the subject of movies, document... learn more

Everyone experiences travel differently, and this may be most true of historic sites. Standing on the spot where hist... learn more

Video: A Canadian Veteran of DDay Explains Why You Should Visit the Juno Beach Centre

There are fewer and fewer veterans of the DDay Landing Beaches to tell their stories, but Canada's Juno Beach Centre ... learn more